Hey y’all! I’m writing today from Wilder, Kentucky, located in the northern part of the state just a few miles away from Cincinnati, Ohio. I’m surrounded by green, green, and more green. Despite the heat (which actually isn’t as bad as I thought it would be) it’s been a beautiful day.

My friend Cynthia and I made our trek to Kentucky yesterday morning, flying out of LAX at 9am. After a layover in Chicago, we arrived at the Northern Kentucky/Cincinnati Airport while the sun was still shining. I was delightfully surprised to find out the sun doesn’t even set around here until 9pm! As a friend told me, “Welcome to the Southern Summer.” 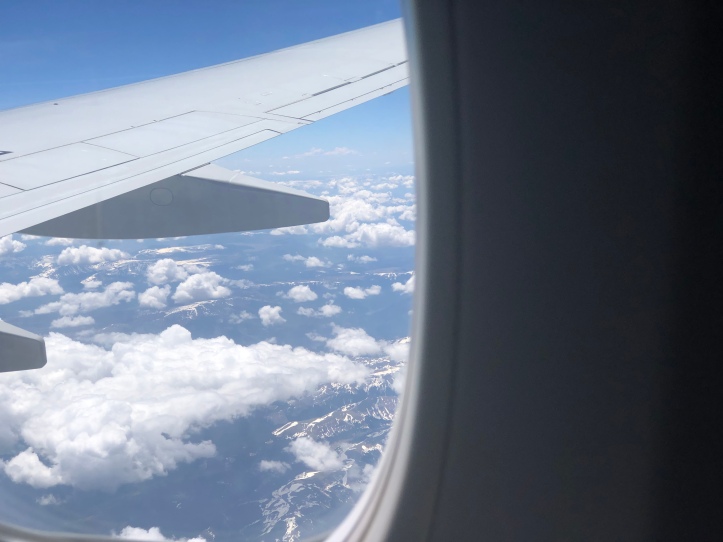 After checking in to our hotel, we walked over to the conveniently placed Longnecks Sports Grill. It looked like quite a locals spot, with lots of patrons hanging out at the bar and just a few still lingering in the area with the tables. Colorful shirts with popped collars and backwards caps were spotted on quite a few people. The music was a mix of classic rock and rap, including Tupac’s “California Love” which I took as a sign of welcome from the Universe.

We got to Longnecks with minutes to spare before the kitchen closed, so we quickly ordered some chicken tenders, mini corn dogs, and a basket of Cajun fries to share. I was excited to see they had Abita Purple Haze on the menu – one of my favorite beers, but rare to find at the bars back home.

Alright, I’m about to head back out but I’ll update y’all a bit later on today’s adventures! Hint: they include my first trip to Waffle House, Waverly Hills Sanatorium, and the best horchata ice cream I’ve ever tasted!